I can't believe we are moved and settled for the most part.  It has been a whirl wind and a roller coaster this summer.  Actually our summer kind of sucked because of moving.  But we are here and happy now.

Daryl and I knew it was time to move.  D's loan repayment was going to be up in June and we began to look in March when most districts post jobs.  He applied to many places.  We have this imaginary list of things we want in the place we would like to live.  So we tried applying in places that met some of those requirements.  We even applied in IA and the rest was in WY.  It is hard to leave Wyoming as an educator because they pay amazingly well.  But there are not a ton if any of the places that meet our imaginary lists requirements.  But we tried to pick the best places we thought would be nice to live.  We just knew it was time to get out of Rock Springs.

We didn't get any bites and the only serious interest he got was in Rock Springs and they went with someone out of State.  It was a blow to us we had stopped looking at that point and when he didn't get it he started looking again.  He found this Lander one but of course me not wanting to live in a tinier place wasn't excited.  He waited a long time, in fact the night before the job listing closed he submitted his resume'.  The next morning while at church Daryl got a call for an interview.  We couldn't believe it.  Either no one had applied or D's resume was what they were looking for or the job wasn't a great one since it was open so late in the hiring season.

We made a little trip out of it and went up as a family.  Daryl wanted to make sure that I liked the town.  I had only ever been on one side and it was in the winter/spring time.  This was late spring andI couldn't believe how green it was.  I didn't remember the mountains being so beautiful.  I didn't want to think about this place as our home, I didn't want to jinx any thing and I wasn't sure if I was really ready to move.  I had kind of come to the sad reality of Rock Springs being our home, even with us not being happy with it.  Plus no one and really bitten on us so I felt it was a hope in the wind.

Daryl had the early interview and he said the guy after him had experience and when he found that out he felt like it was a no go.  He lost out to someone with experience in RS a place they knew D and how amazing he is.  Lander didn't know him and so we felt it was now a long shot.  I do remember while D was in his interview I had taken the girls to a school here and let them play.  I was swinging on a swing and looking at the gorgeous green mountain view and I felt peace.  I felt like this was going to be the place but I didn't want to acknowledge it, in fear of it not happening and fear that is was just my hopefulness talking to me.

Daryl was done and we hung around to eat and go to another school to talk about how his interview went.  He said it went well as good as it could have gone but he mentioned the guy after him.  We were just anxious at this point to know whether we would be picking up our life to move or staying put and putting our big girl pants on to keep trekking along in RS.  We decided to get on the road to Rock Springs and the drive literally has no service shortly after leaving Lander until you get to Farson and Hour and 15 min away.  We were just anxious talking about how we thought we might hear either way as to whether we got the job or not.

Then in a small stitch of service Daryl sees he has a missed call and voicemail.  Daryl checked it and it was them asking for D to call them back.  We then spent a good amount of time looking for service to call back.  D said after that he knew it was good.  When I think of us driving around on hills trying to get service along the way to Farson I laugh it was so comical.  D finally was able to call back and talked to the Principal and he got the job.  We were so excited!  We began to call all of the people close to us and tell them.  Paiglee was excited but I know she was scared.  Emery didn't get what moving really meant.  D's old Pincipal found out he got the job before us really, because when he called to talk to her she said that the other principal had just called and talked to her.  We were more in disbelief that we would actually be moving.  Something I think D and I thought wouldn't happen yet. 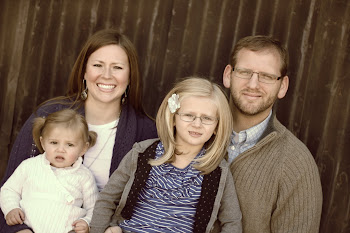 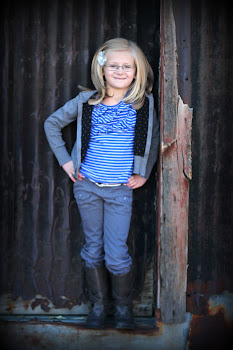 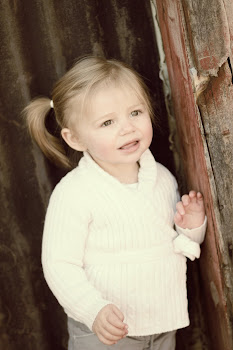